This article is the first part of a summary of the book “Primed to perform” by Neel Doshi and Lindsay McGregor.

How much do we know about motivation? What are the most common principles to encourage our team to work in an efficient manner?

When someone is asked about the motivation to do some particular job, the answer that we expect is financial motivation, career opportunities and other material benefits.

Neel Doshi and Lindsay McGregor in their book prove that very often it is not the case. Let’s see why.

Researchers at Stanford University conducted a test about motivation of MBA business school students and the one of call center customer service representatives. The goal was to show how much the motivation differs among different professions.

Here is the table with all the results of the research:

We see that very often we do not know much about real factors that motivate us. However, it is crucial to concentrate first on “why” factor of work (“Why do people work in your company?”), then the “how” factor will be affected (“How people perform their work?”).

In this article, we will analyse what influences our motivation and what, actually can ruin good performance in the long-term.

There are 6 motives distinguished by the authors, three direct and three indirect.

⚡Play: is not about gaming. It is about your perception of work: do you really enjoy what you are doing? If you feel internal motivation and drive to do your work because you like the activity itself. You would do that even if you were not paid.

For me this finding is eye-opening: if you like doing sport, you will be doing it no matter what, and eventually will be losing weight. If your goal is just to lose weight, but you hate doing sports and cannot restrict yourself from eating another piece of cake at the dinner, you will have hard times, as you are lacking the strongest motive to reach the long-term results.

Play is an essentially strong driver to create an efficient team. Some companies try to introduce “play” motive into the daily work routine. For example, Google is encouraging their employees by giving them time for developing their own projects during their workday, something that really brings pleasure to them.

This also explains why people who make businesses out of their hobbies are the most successful and happy: they simply feel fun doing what they do, whether they receive money or not. They would be glad to continue doing it even if the market situation is getting complicated. They are more open to explore new options and find new solutions.

“Kids are more engaged with open possibilities. Now, they’ll certainly – when they come across something new – they’ll certainly ask, ‘What is it?’. Of course they will. But they’ll also ask, ‘What can I do with it?’. And you know, the more creative of them might get to a really interesting example. And this openness is the beginning of exploratory play.” (2008)

⚡ Purpose: occurs when an activity that we do brings us to some particular result that corresponds to our values. We think about the outcome of our activity: social impact, innovation development, contribution to the economy, etc. There should be a direct link in our minds between the activity that we do and the impact it creates, which is valuable for us.

In his article, David Sturt, executive vice president of O.C.Tanner, describes how people doing “devalued” work perform differently once they feel the purpose of what they are doing. Such, he gives as an example, results of interviews with hospital cleaners that show that those who engage with the patients and their relatives feel more purpose and satisfaction from the work that they do.

⚡ Potential: this motive is also based on the outcome, but it is the so-called “second order” outcome, meaning that it brings us to result that will help us to fulfill our values.

A very correct illustration for this is motivation for students to finish university: it helps them to get the job they want to accomplish their values and create impact.

From those three direct motives, the play is the strongest, then comes purpose, followed by potential. However, focusing on all of those three factors will definitely help in supporting team’s motivation. Play, purpose and potential help to build a strong motivation culture in the team.

Emotional pressure, economic pressure and inertia are indirect factors that motivate us to do the work.

👉 Emotional pressure: such as guilt feeling, or fear to disappoint someone, drives us to achieve the goals, and even though it might be efficient for some time and in some situations, in the long-term it has more negative impact on our performance.

You want to prove your parents and family that you are worth something? This is an example of emotional pressure. You took a new position because it is prestigious and it will make your CV look better, but not because you are happy to perform it? This is another example.

👉Economic pressure: occurs when your main goal is to earn money and material benefits from your job. This is the motivation that many employers use to make employees work more and better: they give bonuses, promote employees, provide additional incentives.

While it is efficient for some professions, in the majority it will not have a sustainable result. We will see why later.

👉 Inertia: when a person is doing some job simply because it became a habit and routine activity, it means that inertia took its place. Engagement into work is getting lower, people stick to work just because it is comfortable and they avoid change.

It is indirect motives that are actually negatively influencing the performance. The higher emotional pressure, economic pressure and inertia your employees have, the less motivated and efficient team you will have.

The inverse/opposite power of indirect motives is increasing from emotional to economic pressure to inertia. Thus, inertia is the strongest negative factor affecting your team’s performance.

We often think that by promising to increase pay or add new benefits, the employee would work better? Not exactly… It might work for a while though, but in order to build a sustainable business, we should give more value to the direct motives and build the motivation based on them. This helps to create a highly motivated team.

The so-called ToMo (Total Motivation) culture is characterised by high direct and low indirect motives. People filling the value of what they do, are more efficient in the long-term.

However, there are some cases where indirect motives will bring desirable results in team’s performance.

First of all, it is necessary to distinguish between tactical and adaptive performance. Tactical activities are conducted according to particular processes description, are measurable themselves or bring to measurable results. For the call center it can be a number of customers served; for sales person - a number of deals and sales conducted.

Adaptive activities request a person to react according to the situation and perform in the situations when the original plan is not working. In the context about sales person, it might mean dealing with an angry customer, receiving the complaints from the existing clients, etc. Adaptive performance is more difficult to measure: it can be survey of client satisfaction or repeated purchase, for example. At the meantime, situations when adaptive behaviour is needed happen even more often than we think.

To understand the difference better, let’s imagine that a potential client enters the shop, and wants to buy flowers. The sales person sees that the flowers chosen by the customer are not the freshest. He can simply execute the job of selling and do not say anything (tactical behaviour), or he can demonstrate the adaptive behaviour and offer the client to change the chosen product.

“Adaptive performance is the secret sauce behind innovation, creativity, great customer experience, distinctive salesmanship, and many other outcomes that have remained a mystery for so long”, - Neel Doshi and Lindsay McGregor say.

Very often companies do not have guidelines or a script for such situations, but how the employee acts actually has impact on the image and reputation of the organisation.

Nowadays, more and more professions require adaptive approach as we do not simply do repetitive job, but have to adapt to the behaviour and react according to the situation. And this is where the direct motives influence more than indirect.

Direct motives increase adaptability and indirect motives decrease it. It happens due to three major phenomenons:

The distraction effect takes place when we get distracted by the incentives and cannot fully concentrate on the activity. Two groups of MIT students were offered various incentives: 30 dollars to one group and 300 dollars to another one. The surprising result was that the group with higher incentive showed worse results. This shows that the higher the incentive, the more distracted the person becomes.

The cancellation effect was checked in the test with toddlers: they were helping a person who dropped a pen to pick it up. They were doing it in majority of cases, without receiving any reward. In the second round of the test, one of the toddler groups was given a small reward, which motivated them to do the task. The second group continued doing it without reward. The interesting part starts when the first group’s reward was cancelled: toddlers were helping to pick up the pen only in 53%. At the same time, the second group that had no rewards, was doing it in 89% of cases.

This shows how reward can negatively affect the performance in the long-term.

The cobra effect refers to the “maladaptive performance”. It is actually about the mistakes in the system that wrong planning can create. For example, the system of marks at school is far from being ideal: we are motivated to receive high marks, instead of being motivated to receive lots of knowledge. You just need to learn the pattern on how to receive those high marks (sometimes it requires indeed knowledge, but sometimes other aspects come to play).

The example which the authors of the book give refers to the attempt to reduce number of wild animals in Indian cities in 19th century. British government introduced incentives for dead cobras. It motivated some people to open cobra farms where new cobras were raisen! Instead of getting less snakes in the cities, government got more of them. The whole motivation was built on the wrong thing! In fact, the government wanted not to have more dead cobras, they wanted fewer live ones.

This first part concentrates on the effect that Total Motivation makes on the performance of an individual. Part 2 will disclose the powerful effect that motivation can bring within the company, and the steps on how to increase motivation in your team. 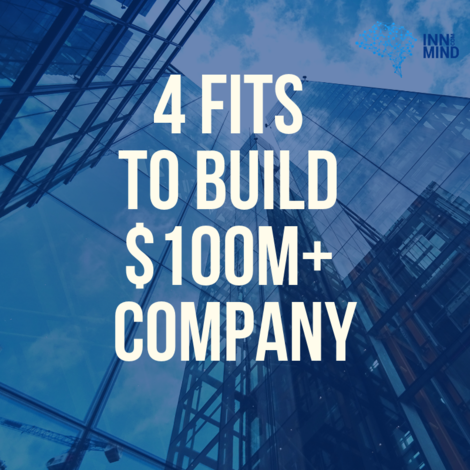 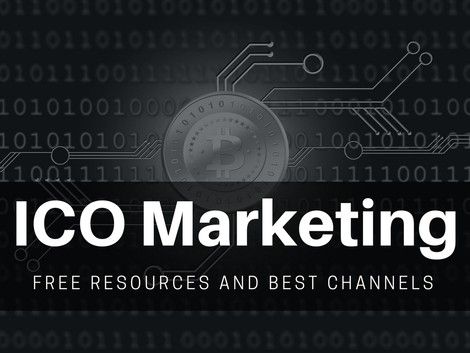 Here is an overview of free resources and best channels to drive your ICO marketing campaign, including reddit, telegram, steemit, facebook and innmind