Deciding what share of your startup project to offer to a startup investor is a crucial decision, as it relies on a delicate balance.

On one hand, you want to make the deal attractive for the investor. On the other hand, you don’t want to offer too much as you risk diluting your own share in the business too fast (consider there would be further rounds of investment, and further dilution of your share if you are successful), which might demotivate you to give your best for the project.

Because of this, deciding what percentage of your business to sell to investors should be well thought-through.

Basing the decision on valuation and potential return

First and foremost, you need to look at this question as a simple math problem.

At the end of the day, the potential return for the investor should more than justify the risk to make it an attractive proposition, otherwise, they simply wouldn’t invest.

There are two key values you need to be able to defend in front of investors:

The first one is the valuation of your startup – how much is your project currently worth?

This is an important question, because if you are raising $100K and offering 10%, then what you are essentially saying is that your project is currently worth $1 million. (Said more accurately, your startup has a $1M post-money and a $900k pre-money valuation.)

Can you defend that number when you are offering the deal to investors?

Generally speaking, there are two ways you can derive your valuation.

The first one is to base it on a comparison. Have there been similar recent deals in the startup ecosystem? Is there a standard percentage the particular type of investors takes from your particular type of startup at a particular round (more on that below)? This way of determining the valuation and offered equity is great for early-stage startups that don’t have meaningful cash flows.

The second method is to derive the value of your startup mathematically. This is typically done based on the money you are currently making. For example, you can make a revenue projection and use a discounted cash flow method. Alternatively, you can take your (average or latest) monthly revenue and apply a multiple. For example, at the time of writing this article companies in the tech sector listed on the stock exchange are commonly selling at a 30X annual revenue multiple. You can use this as an argument when evaluating your startup.

Using either method would give you a number that you should be able to defend in front of the investors to whom you are selling shares. After determining your company valuation and the amount you are trying to raise, the percentage that you are offering would be clear.

However, in order to make it an attractive deal you need to be able to defend another number:

Since startups very roughly have a 90% failure rate, this means that the 10% need to compensate for the other 90%. In other words, the bare minimum startup investors are looking for is a 10X return on their investment in three to five years.

In other words, if you sell 10% for $100k, the investors need to believe that your company can have an exit event (e.g. acquisition from another company) of $10M at the very least so that the investor receives $1M.

Realistically, the exit multiples investors are looking for are much bigger, because in reality, it is the top 1% of companies that make startup investments worthwhile, not the top 10%. So, treat the 10X as the starting point. Ideally, your company should have a conceivable path of becoming a unicorn and giving 100X returns.

Now, this “head up in the skies” shouldn’t discourage you. The exit potential that you are selling isn’t likely, it’s just something that’s possible if everything goes perfectly.

To get a convincing exit potential, you can once again use the same two methods.

First, you can base it on a comparison – was a startup in the same market acquired for an impressive amount of money recently? Or did one do an IPO?

Second, what’s your TAM (total addressable market), and what would taking a 10% share in this market mean for your company in terms of revenue, and then what would the potential valuation be based on a revenue multiple? Either way, pitching an impressive exit potential is a key step to successful startup fundraising as a whole.

While you need to have the abovementioned numbers prepared in order to sound competent to investors, you wouldn’t be able to offer something that is far removed from the standard deal in the startup ecosystem, especially when you are an early-stage project and you don’t have stable and growing revenue numbers to defend your ask.

Pre-seed rounds usually span from as low as $10-15K (usually from friends and family) up to $1 million, although pre-seed rounds higher than $250 are rare.

Since pre-seed stage startups don’t usually have meaningful numbers, the offer there is most standardized. For example, Y Combinator offers all of their startups 7% for $125k. This means that they automatically give all startups a $1.66M pre-money valuation rather than bothering to calculate a valuation for each project.

Other incubators and accelerators are usually in the same range, spanning from 2% to 15%.

Seed rounds span from $250k up to $5M, and they are usually similar to angel investor pre-seed rounds in terms of the percentages the investors receive. That said, since the funding amount is higher, the company needs to be able to defend a significantly higher valuation.

Series A and above are a different beast since the companies that raise such rounds are in their growth stage and they have a much more solid financial history.

Consequently, the exact valuation is usually based more on calculations and projections rather than standardized practices like the one of Y Combinator. Since VCs invest a significant (and ever-growing) sum of money into the projects they support, it’s possible for them to buy a higher equity share and even to become controlling shareholders in some cases (which gives them the option to forcefully interfere with the trajectory of the company more than early-stage investors).

Summary of getting a fair percentage

In order to make a good impression on your investors, you need to know:

If you know these numbers, then you are standing on solid ground in the negotiations with potential investors.

For scalable early-stage projects which are hard to evaluate, having the Y Combinator deal of 7% for $125k as a basis is a good start.

Tip of the day from InnMind

InnMind also offers a great tool you can quickly calculate your startup's value in a few easy steps with straightforward questions. Follow the link to get access to free startup's value calculator by InnMind: https://calculator.innmind.com 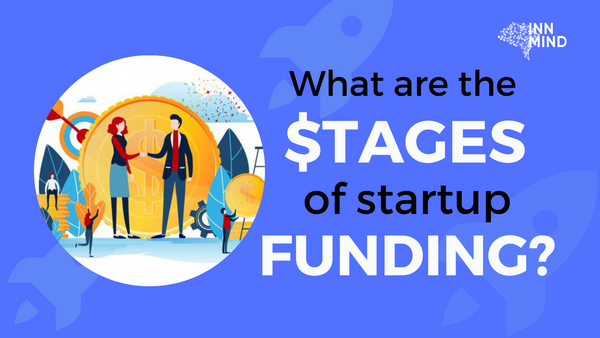 This article helps founders understand the different stages of funding 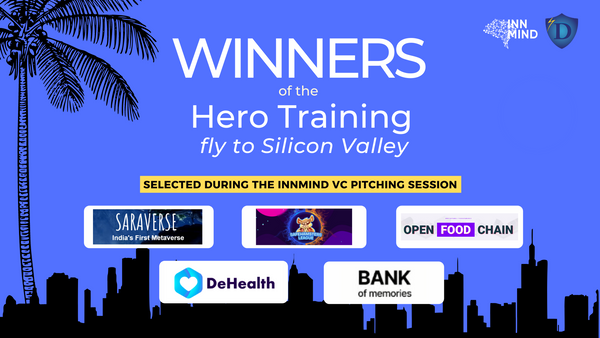 On the occasion of the two monthly VC pitching sessions hosted by InnMind last December, the Draper University assigned five scholarships for the Hero Training to the most brilliant startup who pitched in front of the investors.