This article was first published on TechCrunch.com and is reposted at InnMind.com with editor's permission.

One of the most frequent questions I get as a VC is how to become a VC. Newly minted MBAs and startup veterans alike want to get into the investing game in increasingly large numbers. Unfortunately, there are so few VC jobs available in any given year it makes the prospect unlikely for most.

If you want to be a VC, my advice is to just get started; you can do the job of a VC without a dollar to your name. Seriously, you don’t need a specific degree, a list of specific credentials on your CV, or scads of family money to do the job of a venture capitalist. I’d wager that almost anyone reading this post has the raw cognitive capabilities to do the work.

How To Be A Venture Capitalist, Minus The Capital

The job of a VC can be broken down into four distinct tasks:

Sourcing Deals: Finding entrepreneurs at the earliest stages is a critical skill. It helps to have the imprimatur of a top-flight VC firm behind you, but fund affiliation isn’t a requirement.

One way to source deals is to find meetups for emerging technologies and identify the most interesting and industrious attendees. Tim O’Reilly calls these people “Alpha geeks.” Chris Dixon has said that what hackers do in their garages for fun turns out to be what everyone does a decade later. If you can find groups of these people, you’re well on your way to your first investment.

Diligence: Another key aspect of the VC job is doing due diligence. This is the process where you look into the background of the founders to see if they’re credible and honest.

It also means doing a deep dive in the industry. Calling potential customers. Getting feedback from key opinion leaders. Creating a thesis for an emerging market. Working out financial models. Predicting how the market might develop.

It might be awkward to call around on individuals, but you can easily trawl for market information and craft all of this data into a compelling presentation.

Negotiation: Once you’re sold on the founders and have found enough evidence to suggest the business will succeed, the next step is hammering out finances. How much money does this founder want/need? What kind of valuation would they accept? You’re not going to finalize things at this stage, but roughing out a basic set of terms is pretty straightforward.

Note: It’s absolutely critical that you remain 100 percent honest during this entire process. If you represent to startups that you work for a VC firm, or suggest any relationship that isn’t recognized by the VC, you’ll instantly be blackballed. Likewise, don’t make claims about being on the team when talking to the VCs. Clearly explain what you’re doing to all parties. When in doubt, disclose. Your reputation is in the balance.

Financing: Now you might be thinking this is where my crazy notion of being an independent VC will fall apart. Unless you can bankroll the company independently, you’ll need to find some monied investors who are willing to take a risk, right?

This sounds hard, but money will chase opportunity. If you can find compelling companies, explain why the market is attractive, why this team is equipped to dominate that market and present a framework for a deal, there will be plenty of angels or firms willing to cut a check or, at least, take a meeting.

You’ll want to be on the radar of these folks before asking them to look at any of  your “deals,” but after a couple of high-quality intros, they’ll be eager to hear from you.

So How Do I Get Rich?

There is no clear mechanism for getting cut in on the deal in this model. You could try to get a consulting check from the company, but that will likely turn them off. If your goal is being a pro VC, look at this exercise as an in-depth job interview.

An MBA will help your chance of getting any analyst/associate role pretty dramatically.

The odds of getting an analyst/associate role at any VC firm are extremely low. There just aren’t that many open spots in any given year, and VC is a business that attracts many of the best students in the world.

When a new position opens up, it’s rarely posted on job boards. These gigs go to the people who are already standing outside the door.

I asked Founder Collective’s current associates, Abigail Stone and Blanca Rodriguez, for some advice based on their path to VC. Here are some things you can do to increase your chances:

Get Involved In The Entrepreneurial Community — Early: Start a company. Join a high-growth startup. Get a writing gig for a major tech publication. Create a meetup group for an emerging tech/business sector. Basically, you want to become a connector with great relationships at all levels of the startup community. Do this while you’re still in college if you can.

Build Up A Social Profile: This is related to the point above. This is especially important if you want to join a firm that focuses on consumer applications. Being an early adopter and proven tastemaker can only help your chances. It also demonstrates that you have a deep understanding of what works, and doesn’t, in the app ecosystem.

Focus On The Firms Where You Want To Work: Many of the best firms have a process for hiring associates and analysts. They frequently tweet these positions out, often with specific application requests and short timelines. Their goal is to find people who are REALLY interested in their firms.

Follow the partners on Twitter. If they host events, try to get into them. If they run a forum, contribute to it. Demonstrate a track record of interest before you ask them to get interested in you.

Get Educated: An MBA will help your chance of getting any analyst/associate role pretty dramatically, for many reasons:

Create Original Research: Another approach is to research an aspect of the startup world. What’s driving the boom in food startups? What would be the positive side effects of a broad economic downturn? It doesn’t really matter what the topic is, as long as it’s interesting, but this is a way to highlight two important skills: research and presentation.

There is a 100 percent chance that you will be asked which markets/technologies/products you find interesting during an interview at a VC firm. Most candidates will throw out a few names of startups, likely ones that are already funded and seem like surefire winners.

If you want to be a VC, my advice is to just get started.

One-up those people by pulling up a slide deck that slices and dices the market. Even better, pull up your blog where you trace the developments in the market. Bonus points if you can show a bunch of KOLs in the space tweeting out your posts. Double bonus points if you’ve been tracking a hot sector for years and correctly called the companies that would thrive and those that wouldn’t.

VC Is An Outliers Business

Like I said before, even with these credentials and assets, the odds are still long. And there are plenty of VCs who have forged successful, yet unorthodox paths. Sequoia’s Michael Moritz was a journalist before going on to fund iconic companies like Zappos, so you can say it worked out pretty well for him. 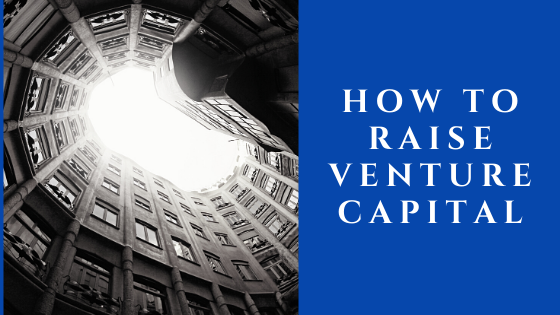 In the end of the day, equity capital, or venture capital, is the most expensive type of capital you can raise. So only raise what you need and make sure you know how you’re going to use it for before you get it. 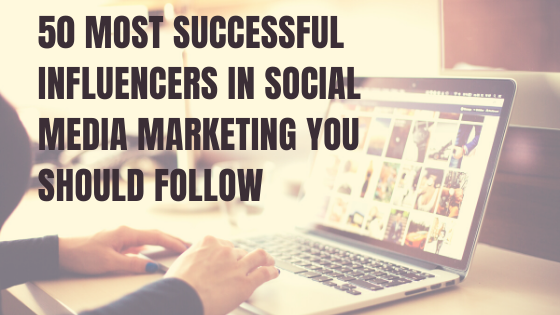 To help you improve your skills in marketing, Innmind prepared list of TOP-50 influencers you should follow - learn from the "Gods" of Social Media Marketing and implement!