Since Facebook's announcement of its metaverse project and name change to Meta, metaverse gaming development has become the new big thing on the Blockchain. In the past year, VC investors have poured over $4 billion into metaverse and gaming startups, and on the next bull wave market expects this interest to grow much more…

InnMind is a deal-origination platform for startups and VC investors in Web3, crypto and blockchain verticals.  And GameFi is the hot topic of our regular VC Pitching Sessions, where the best startups pitch their projects to VCs and get funded.

During the last year, we've helped many innovative metaverse startups across the globe raise funds to develop their projects. Now it's time to observe the best among the new ones that aim to dominate the market in 2022-23.

Today, we bring to your attention the overview of the top 10 metaverse startups on InnMind this summer with GameFi economics.

Top of our list of the top GameFi metaverse startups on InnMind in July is Metarun. This is because they've built the first play-to-earn mobile runner game.

Ever played Temple Run, but on the Blockchain? That’s what Matija Rosovic and his Metarun team has built. The mobile game features stunning graphics built on Unreal Engine 5.

The storyline draws inspiration from traditional Temple Run as players run across different scenes in a jungle and try to overcome obstacles and defeat deadly creatures. But the metaverse startup enhances the gameplay with state-of-the-art crypto technology. The more obstacles you overcome and enemies you defeat in the in-game challenges, the greater your reward.

Rather than picking up worthless coins, players gather OPAL (the game’s virtual currency) which can be converted to $MRUN – Metarun ecosystem’s native token which can then be used to purchase in-game assets and character skins as NFTs on the marketplace.

Players can also upgrade their characters to increase their ROI.

If you enjoyed Temple Run and want to have a feel of what it looks like on the metaverse, check Metarun out and don't forget to pre-register in Google Play!

CapsCoin is a GameFi platform that' built a multi-chain gaming ecosystem to unite P2E games and other gaming assets in one place.

The metaverse project created by Pavel Elieseev is an ecosystem where developers can integrate their games to access more efficient P2E features.

Some games that have already integrated with the platform are Catoverse, Crypto Knights, Agent Karter, Epic Islands, and many more are in the works.

The P2E platform’s cryptocurrency is CapsCoin, represented as CAPS (a multi-purpose NFT gaming asset) which can be used to increase the value of your entire collection regardless of the game you're playing on the CapsCoin ecosystem.

Players can also rent their CAPS for a profit, convert their NFTs to CAPS and use them on every game on CapsCoin’s metaverse, thereby establishing their multi-chain capabilities.

So if you’ve got a P2E game and want to expand your P2E functionality for your users, you can reach out to the team at CapsCoin and integrate your game with the platform.

The team of 90 gamedev professionals led by Victor Bivol has developed over 200 games and became one of the top-100 game development and publishing studios worldwide. They have built iPlay, the first NFT car racing game to provide gamers a perfect blend of entertainment and an immersive P2E experience.

There are lots of racing games on the iPlay metaverse to keep you glued to your seat – like Midnight Racer and Wangan Racing Game. The 3D P2E game supports PvP and PvE functionality. Gamers can also play police chase games, perform daily quests, build a team and play as a squad and earn token rewards.

These games allow you to build your NFT collection which you can use to upgrade your car’s features. Another feature we like about the iPlay metaverse is that you can use your car and NFTs across all the racing games.

You can find out more about iPlay Studio and how players can own parts of the game.

Bearverse is a GameFi metaverse startup on InnMind developed by Eugene Kitkin and his LA-based team of over 30 members that have had direct contact with artists such as Justin Bieber and Adele, etc.

The plot is about eleven bear clans that came together to build a flying city to help them survive the harsh cold conditions and find a mystical artefact called Warm Dusk. The gameplay involves players building their clans (teams) to face the quests of the bears.

The mobile-oriented metaverse game allows gamers to build their teams by combining NFT bear’s attributes, skills, and classes. You can also buy in-game objects such as bearplanes.

You can find out more about Bearverse and their new kind of mobile metaverse adventure.

Rooster Wars is another InnMind metaverse GameFi platform that’s developing a multiverse of games under one franchise.

The team of eight has worked on its first project – Rooster Wars. Despite being a game with hens as the main characters, the gameplay is like those of Tekken and Street Fighter. It’s a story-based strategy NFT game that seeks to bring a twist to the gaming metaverse using roosters.

There are several PvP and PvE game modes to enjoy – players can decide to fight against other roosters in an arena in a one-off duel or season, engage in a team battle for a period, or embark on an adventure and fight their way through 40 stages.

Regardless of the mode you choose, gamers can earn rewards by buying hens that will give birth to more chickens that they can sell or lease in the marketplace. Players can also buy plots of land and earn tokens when they allow their hens go out to find treasures in those plots.

The Rooster Wars team has proven experience delivering top business solutions to clients. You can find out more about what they’re doing here.

Bladebound is one of the most exciting GameFi metaverse platforms on InnMind and they’re developing a game that’s never been done before in the metaverse.

The team led by James Seaman is building Swords of Blood – the first RPG game on the blockchain. It is an action RPG game on blockchain, adapted for mobile and integrated with NFTs - a new crypto-savvy spin-off from a popular mobile game with over 1 million downloads!

#SWORD token can be used to buy gold and gems in the game and spent to power up the game heroes. While the 3D console-like items and an old-school feeling of classic isometric RPG games makes Bladebound a very special gem in a crowded p2e gaming market!

You can find out more about what James and his team are doing at Bladebound.

Xone is a Web3 social media platform like TikTok and Instagram but with more creative immersive experiences. The mobile metaverse uses Augmented Reality and engage-to-earn mechanics to create entertainment for users. Users can also get rewarded when they engage with activities on the platform. Users can attend music shows, meet-ups, and other events and purchase collectibles.

James Shannon leads the team that developed Xone. Their primary objective is to make users tap into their imagination and design cutting-edge 3D worlds. Instead of having profiles like Facebook, users will create their own Xone and cultural identity. Each Xone is a 3D world where users can have a bedroom, collectibles, play music, etc.

You can learn more about what Xone is doing.

Musure World is a metaverse startup with a focus on revolutionizing fashion and music shows.

Musure World’s founder, Tano, founded Musure – a music company that organizes events and concerts in churches, museums, and cultural centers. He observed how people enjoyed these live performances and decided to create a more immersive experience by developing NFT fashion parties and eSports in the metaverse.

To create more enjoyable experiences, creators can also build communities and party with their communities.

In 2021, the Musure team won the Epic Games Megagrants, making them the only NFT metaverse world to have won it. Learn more about Musure World.

Skill Labs is not a game or metaverse itself, however it definitely deserves to be among top-10 gamefi projects this summer. It is a data-driven platform that brings transparency and equal opportunity to GameFi by connecting NFT investors, smaller guilds and solo gamers.

At the first stage, Skill Labs helps the GameFi community to find an answer to key questions: What is the best game to invest in, given my risk profile? How much will I earn and how fast will I get my money back?

Utilizing the blockchain technologies along with extensive experience of the project core team, Skill Labs helps the P2E community to choose best projects that suit their needs.  This is achieved thanks to an advanced data-driven approach which implies calculating ROI, payback and other game health metrics. This way, NFT investors can compare various popular games and pick appropriate ones.

The founding team of the platform is built up from experts, who have been working with games and tech products for the last decade and published well-known MMO titles with millions of players. Skill Labs employees have built similar data-based products for such big names within the web2 gaming industry as Lineage 2, Point Blank, COD: Warzone and others.

Even more useful P2E-related tools and features are under development, so users are recommended to follow the updates of Skill Labs to make their journey more enjoyable.

You can check out their social media profiles on Medium, Twitter and Discord and get involved in the conversation on their Telegram chat.

Vmates is an American startup led by Yuan An with a team of gaming enthusiasts. Some of the team members come from consulting, finance, and law backgrounds.

They began developing their first metaverse game – a social pet’s virtue game - in Q1 of 2021. They’re also working on building other blockchain games centered on the social metaverse.

The social pet game is for pet lovers that want to take their love for pets to a whole different level. The Vmates social metaverse now supports the nurturing of virtual pets on the blockchain.

Players can participate in endless fun activities to build companionship with their pets. One of the most interesting activities is playing mini-games and interacting with other gamers and pets in the Plaza (a social square created in the Vmates metaverse).

So if you’d love to know more about having and nurturing a virtual NFT pet friend, you can check Vmates out and the awesome job they’re doing.

If your team is developing an awesome metaverse project and you'd love to pitch it to us, we'd love to hear more about your idea and support you with the tools to grow the project. You can create a free account here to begin accessing our tools and you can upgrade to our premium account to start applying to pitch. 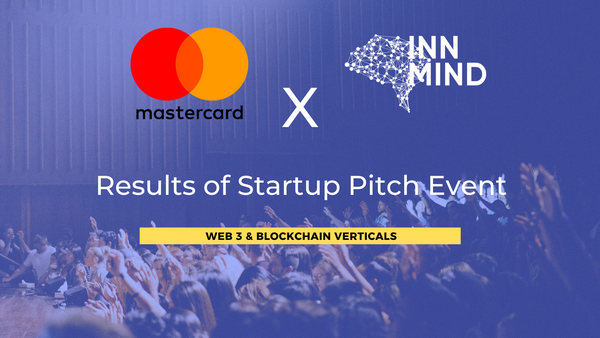 InnMind conducted a private event for Mastercard where pre-selected Web3 startups pitched their solutions to the company’s business units looking for innovative technologies within the blockchain and Web3 verticals. 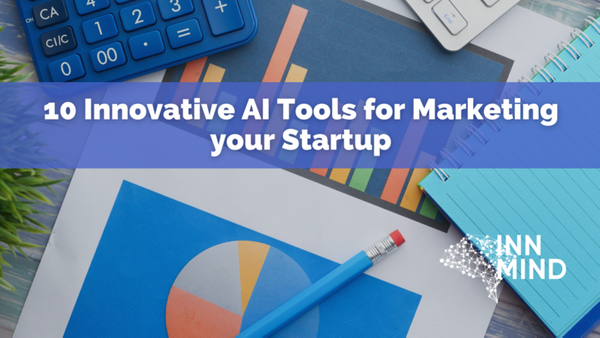