As a web3 or crypto startup, securing funding is crucial to bringing your vision to life. However, creating a tokenomics that aligns with your business goals and benefits your community can be a complex and challenging task.

A well-designed tokenomics system can attract investors, drive adoption, and increase the value of your token. In this blog post, we'll take a deep dive into the key metrics to consider when creating a successful tokenomics for your web3 startup.

And yeah, token economy is a huge complex topic, that can't be fully covered in just one blog post. Thus, we're preparing a series of articles, covering the different aspects of tokenomics and token modelling in web3 and crypto projects! Join our mailing list to get notified about the next editions 👇

Token distribution refers to the way in which tokens are distributed among the different participants in the network. It can have a significant impact on the value of the token and the success of the project.

Here are a few key considerations when designing a token distribution strategy:

Token distribution should be fair and equitable, ensuring that tokens are distributed among different participants in a way that is proportional to their contributions or engagement with the network.

Token issuance refers to the creation and issuance of new tokens. This can be done through an initial coin offering (ICO), a token sale, or other methods of token issuance.

Token vesting refers to the process of releasing tokens over time, rather than all at once. This can help to align the interests of different token holders with the long-term success of the project and prevent a sudden sell-off of tokens.

See the chart below, visualising the token release schedule within the 3-years period (example from tokenomics calculator) 👇

It's important to remember the following:

a) Token vesting and token release schedule have an impact on the token selling pressure. For example, usually on the open market the token price on the exchange is challenged every time when a project has the token release date;

Token burn mechanics is a process in tokenomics where tokens are permanently removed from circulation. This can be done for various reasons, such as to reduce the total supply of tokens and increase their value, or to reward holders with newly created tokens. Token burns also help maintain the scarcity of a token and its underlying asset.

Token buyback refers to the process of buying back a certain amount of tokens. This can be used as a mechanism to control the token's supply and thus its price.

Token velocity refers to the rate at which tokens are exchanged within the network.

It's typically calculated by taking the total volume of token transactions over a certain period of time and dividing it by the average token supply during that same period.

It's important to note that the time period and the way the token supply is measured can vary depending on the context and the specific project. Some use transaction count, some use the volume of transactions, and some use the number of unique addresses.

For instance, in some projects token velocity can be calculated as the number of unique token transactions over time divided by the total token supply.

A high token velocity can lead to a decrease in the value of the token, as it indicates that tokens are being exchanged at a rapid rate and are not being held for long periods of time. This can happen when token holders are not incentivized to hold their tokens or when there is a lack of demand for the token.

So it's important to consider how to incentivize holders to keep their tokens for a longer period of time. For example, by implementing mechanisms such as token buyback, token burning, token vesting or token staking programs the web3 project can potentially increase the token holders' incentives to hold the token and reduce it's velocity.

Here are the factors that impact startups’ token velocity:

Network usage refers to the number of transactions that take place on the network. A high level of network usage can indicate a strong demand for the token, which can in turn increase its value.

For example, a web3 startup that is building a decentralized lending platform, can measure network usage by counting the number of loans originated and repaid on the platform. If the number of loans is increasing over time, it could indicate that there is a growing demand for the token, which can in turn increase its value.

Another example, a web3 startup building a gaming platform, can measure network usage by counting the number of game rounds played and the number of in-game purchases made. This information can be used to track the popularity of the game and the engagement of the players, which can also indicate the demand for the token.

⚠️ Note that the example above is for educational purpose only and shouldn't be blindly applied for every startup. If you want to calculate the network usage for your specific case, use this form to apply for a session with tokenomics expert.

Counting network usage in tokenomics of a web3 startup can be compared to creating a financial forecast or monetization plan for a web2 startup, where you predict the future growth of active users and/or customers of the product. Both are methods of estimating future revenue and growth potential of a business model.

In the case of a web2 startup, the financial forecast would typically focus on revenue streams such as advertising, subscriptions, and sales, while a tokenomics system would focus on token usage and network activity as a means of estimating the potential value of the token.

Both methods involve making assumptions about future growth and user behavior, and both can be influenced by various factors such as market conditions, competitive landscape, and product development. In both cases, it's important to use data and industry trends to make informed estimates and to be mindful of potential risks and uncertainties.

In summary, network usage in tokenomics serves as a metric that can indicate the potential value of a token, by measuring how active the network is and how many transactions are taking place on it. This can be useful for web3 startups to predict the future growth of their product or platform, and it can be used as a key metric for the tokenomics system.

Token burn mechanics refers to the process of destroying a certain amount of tokens, with the purpose of decreasing the overall supply of tokens in circulation, and thus increasing the value of the remaining tokens. Token burn can be a powerful tool to control the token's supply and affect the token's value.

For example, Binance, a leading cryptocurrency exchange, implemented token burn mechanics for its native token Binance Coin (BNB). Binance burns a portion of the BNB tokens each quarter, based on the trading volume on the exchange. This decreases the overall supply of BNB tokens, which in turn increases the value of remaining tokens.

In these (and many other) examples, token burn mechanics is used as a way to control the token's supply and affect the token's value, aligning token holders' interests with the long-term success of the project.

Note: token burn mechanics is not a mandatory part of tokenomics but can be used as a separate mechanism to influence the token's value or to align token holders' interests with the long-term success of the project.

Token buyback refers to the process of buying back a certain amount of tokens. This mechanism can help control the token's supply and thus its price.

Here are a few examples:

But be careful: in some jurisdictions, buying back tokens from the market may be considered a form of "repurchasing" and may be subject to securities laws.

The advice to avoid this is to consult with legal counsel to ensure that the token buyback mechanism is compliant with all applicable laws and regulations. They will be able to provide guidance on the specific laws and regulations that may apply to the project, and can also help to structure the buyback mechanism in a way that minimizes the risk of it being considered a security.

And of course, while creating the token buyback mechanism you should not forget to consider the use case of the token and the nature of the network when designing a buyback mechanism, as well as the goals of the project and how the buyback mechanism aligns with those goals (fill in this form if you wanna get professional advice on your tokenomics).

Creating a successful tokenomics requires a deep understanding of the key metrics that drive the value of your token.

Token distribution, token velocity, network usage, token burn and token buyback are all crucial factors to consider when designing a tokenomics that aligns with your business goals and benefits your community.

To ensure that your tokenomics is well-balanced and designed properly, this Tokenomics Calculator can be a great tool for you to save a lot of time and nerve cells on structuring, calculations and fixing errors.

PS: If you need more advanced support and one-to-one session with our tokenomics expert, feel free to apply here 👈 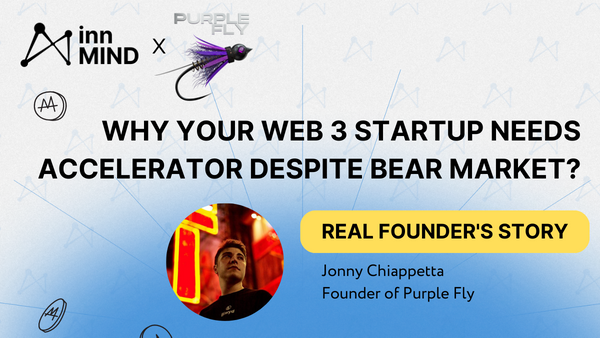 Jonny Chiappetta is a Founder of Purple Fly, a marketplace with the mission of revolutionizing the music industry and fans-to-artist connections through Web3. Being a true startup hustler, Jonny is